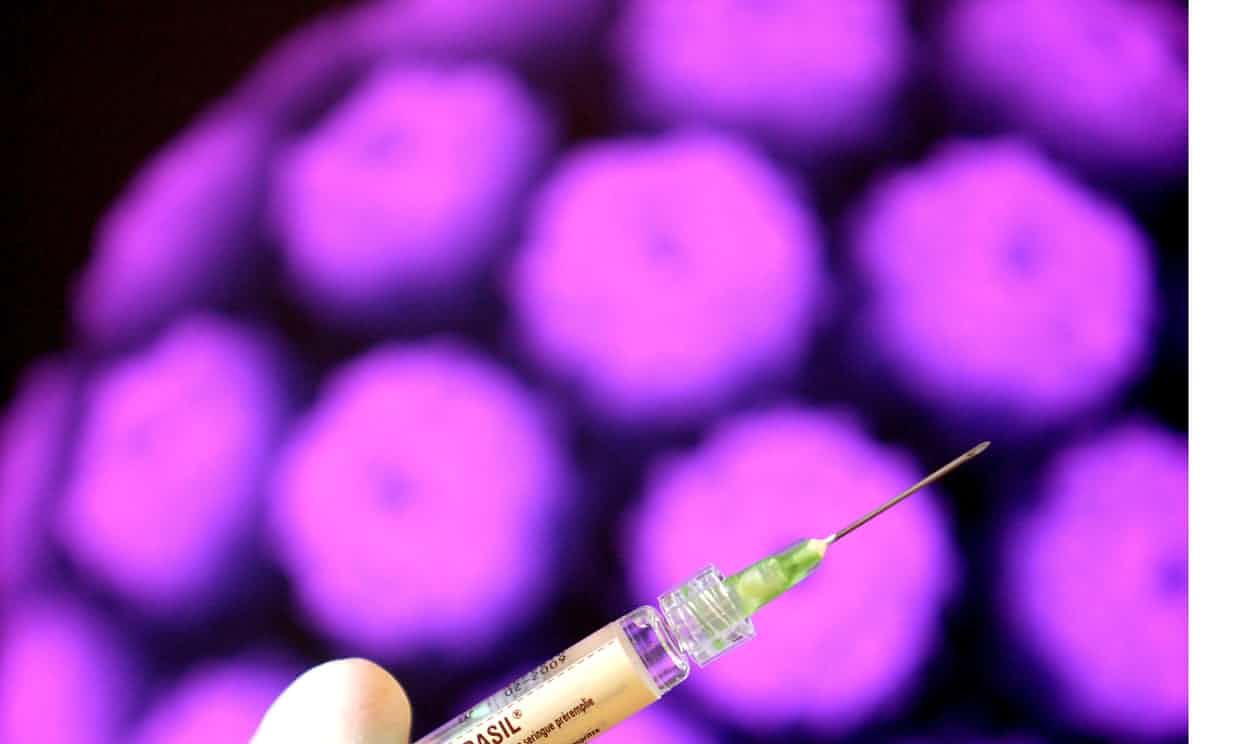 Free vaccine program in schools leads to big drop in rates, although they remain high in the developing world.

Australia could become the first country to eradicate cervical cancer, according to an announcement from the International Papillomavirus Society.

Within 40 years, the number of new cases is projected to drop to “just a few”, professor Suzanne Garland from the Royal Women’s Hospital, who led the research, said.

HPV (human papillomavirus) is a sexually transmitted infection that causes 99.9% of cervical cancers. In 2007, the federal government began providing the vaccine for free to girls aged 12-13 years, and in 2013, it extended the program to boys.

Immunisation rates have risen further since 2015, and Garland said high coverage was creating a herd protection effect. “You’re getting herd protection in males, just from the female program,” she said. “That’s pretty amazing.”

The Univeristy of Queensland’s Professor Ian Frazer, the co-inventor of the vaccine, said older women who had never been immunised should also remember to be screened regularly.

In December, the government introduced a more advanced screening test that could eradicate cervical cancer even sooner, he said.

“As long as we continue the screening program, we will continue to pick up those with the virus already, and as long as we keep up the vaccination, we could have no new cases in 10-20 years.

“Only 50-60% of women participate regularly in the screening program,” he said. “If that was 100% we would have no cervical cancer in this country even without the vaccine.”

Australia introduced a national cervical screening program in 1991, which involved a pap test every two years. This was replaced in December with a more advanced test that can detect high-risk HPV infections before cancer develops.

Under the new program, women aged 25 to 74 are asked to take the test every five years.

Frazer also said a new vaccine would be used this year to target more virus strains of HPV that caused cancer.

Frazer said the challenge was a lack of existing vaccination programs for young girls aged 12-14, the optimal time for the vaccine’s effectiveness.

“It will be a challenge to get rid of cervical cancer globally,” he said. “But the tools are there to do it. We’ve done the program in Vanuatu and Bhutan, and that shows it doesn’t matter what country, if you provide the vaccine for free, people will take it up.”

Joe Tooma, the chief executive of the Australian Cervical Cancer Foundation, said the government could help other countries access the HPV vaccine, which had been invented in Australia.

“Two-thirds of the world’s population of women don’t get access to what Australian women do,” he said. “Unless we do something, it will still be one of the major cancer killers in developing countries.

“As the country that invented the vaccine, we have an obligation to share it with the rest of the world”.